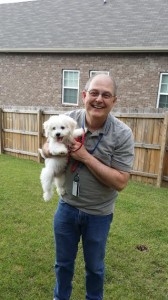 Hi there. I became the mama of Jack a few weeks ago and just wanted you to see how happy he and my hubby are with each other. As I predicted jack is his daddy/s boy. Thanks for breeding such a special puppy for us. Again, thanks for having a hand in adding so much love to our household. I cannot believe we waited all of these years to add a puppy to our family.

My little girl, Gigi, has settled in at her new home! She is so sweet & ornery! The first couple nights were difficult with the crate but we’re on track now. Potty training is going well too! I think she doing great for 8 weeks. She actually went to the back door and whined today! I love her and so does her extended family! She will be well cared for & spoiled rotten! 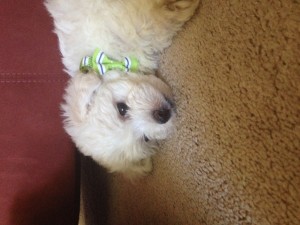 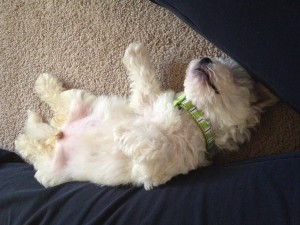 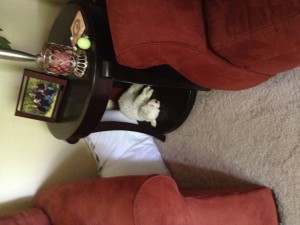 Hi Anita
Maggie is adapting to her new home very well. We are really enjoying her as she settles in. She went with us to meet granddaughters in Maryland and did very well traveling up and back. Almost there with potty training! Only an occasional slip up.
Added a few pics. Notice the squirrel, her new best playmate!
Regards,
Bernie 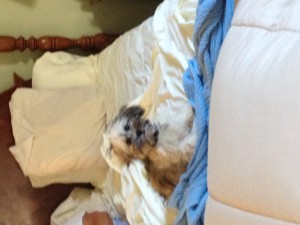 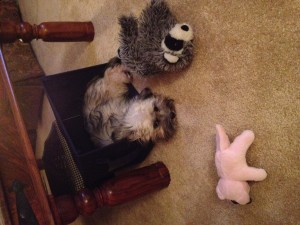 Anita,
Just wanted to let you know that Abby is doing great! Crate training & house breaking is progressing nicely. I’m attaching a few pictures for you. Abby is very intelligent & can already play fetch some.
We are very happy to have her.

Thanks for your help! 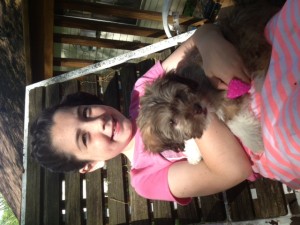 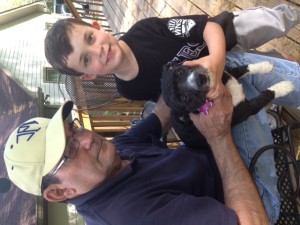 Just wanted to send you a couple of pictures and let you know that both dogs are doing well! Thanks again for your help last week J We love our Caney Fork Havachons! Sincerely, Kate (and Mike)

I wanted to write and give you an update on how Max did this weekend.

The ride home went really well and he went potty each time we stopped. He played with my son in the back seat and he snuggled with my neice.

He is very sweet and loving!  He hasn’t acted depressed at all and you would think that he’s always been with us.  Except for one time when we didn’t get to him fast enough and he tinkled on one of my rugs a little bit, he’s gone potty outside.  He’s also slept really well.  The first night he was in the crate and I slept on the couch and put him beside me.  He woke up two times during the night and both times I took him out and we went potty, came back in and went right back to sleep. Last night, he went out twice, but the times in between were longer.  He was in the crate next to my bed that time.  He’s been really fun so far and we love him already.
While we are gone during the day today, he’s in a puppy exercise pen.  We bought a piece of linoleum at Lowe’s and put the pen on that so he doesn’t have an accident on the floors and he’s got his crate, puppy pad, toys and food.  My mom is going to go over and check on him this morning.  He wasn’t happy when we left this morning, but I’m hoping he’ll adjust soon.
Thanks again for doing business with us and we’re already so in love with our new family member!
Erica 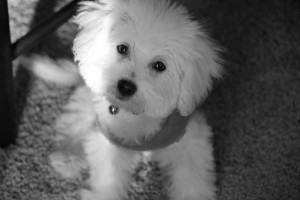 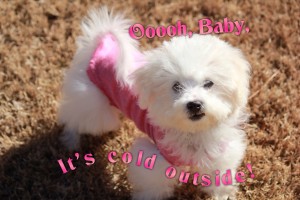 Thanks for helping us heal our hearts! 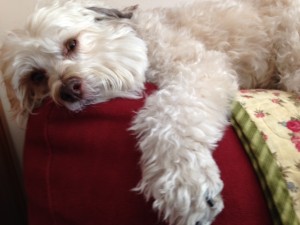 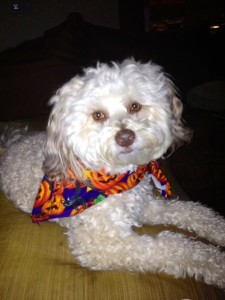 It has been seven years since you last saw your little boy-Bichon/Poodle mix. This is Murphy today–he is my big boy who is the sweetest love ever. He is the boy that got sent to me in California;) and I see that my letter is still up on your site.
Hope all is well and I just thought you might like to see a current pic to see how well he is doing and that he is truly loved and spoiled!

My puppy was the one that came to California to live.  He is adorable and so smart.  He will never replace my Charlie that I lost the day after Thanksgiving but they are each unique and he has become the love of my life.  We are taking him on his first road trip in our motorhome tomorrow so hope he loves traveling.
Will keep in touch if you want and will send you a picture.
Oh, his name is CJ.  My granddaughter named him.  She said it stood for “Charlie Junior”. 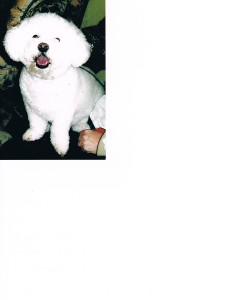 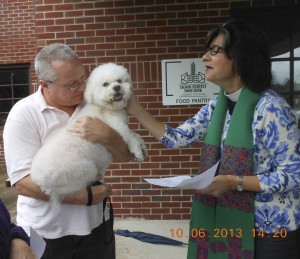 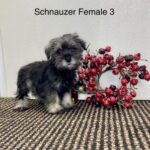 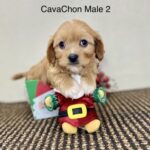 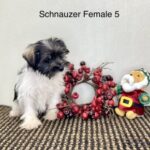 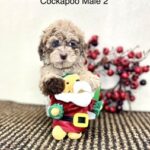